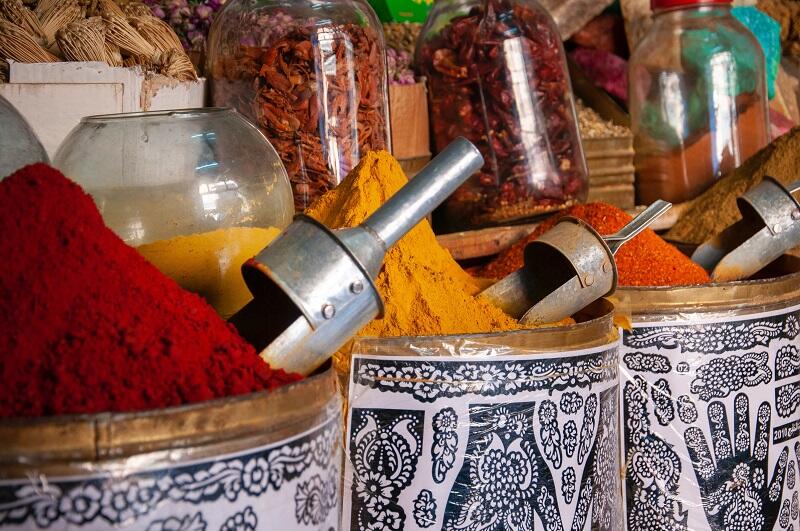 Saffron has become quite the stuff of legend: it’s extremely rare, insanely laborious to produce, and ultimately expensive. It has been used for centuries as a spice and a textile dye and has been emerging as the main ingredient for a lot of cosmetic and medicinal applications.

Of course, while saffron is slowly becoming scientifically proven to help in this regard, the rare spice has been used in different traditional medicines throughout the ages. One well-recorded use of the spice is in Ayurvedic medicine, one of the world’s oldest medical systems from India. It has been used as an anti-inflammatory substance, a digestive aid, as well as a treatment for a host of other conditions.

Some of you might not know, however, about how saffron has been a part of the elite’s health and beauty regimen for a long time. More than just helping you look blooming and glowing, here are seven reasons why saffron powder is good for your skin and your overall health.

1. Accelerate healing from wounds and scars

Saffron holds impressive healing properties that help accelerate healing and, in the case of your skin, helps remove scars. It even has the potential to aid in burn wounds. Although it is not potent as an antiseptic/ antibacterial material, saffron has been found to help tissue recovery in a 2008 study in the Keio Journal of Medicine. By applying a cream made with saffron essence, researchers were able to observe how saffron greatly increased the re-epithelialization–or the generation of a new barrier that separates the wound from the external environment–over burn wounds. This helped the wounds in the saffron group become significantly smaller than those from the others.

Aside from simply healing, saffron also helps lighten the scars over the long run. To use them, you can use a pinch of saffron threads or about 2 teaspoons of saffron powder and mix it with water to create a paste or cream. Similarly, there are saffron-infused skin creams available. Regular application helps speed up the healing process and the disappearance of the scars over time.

Acne occurs when your hair follicles become blocked or plugged, encouraging the growth of skin bacteria inside and starting to inflame the affected skin. Saffron helps treat your skin from acne and prevents it from coming back. Additionally, inflammation can be caused by oxidative stress and causes a lot of other skin conditions.

One of the main chemicals in saffron is crocin, which also gives the material its vibrant color. A 2018 lab study examined the potential benefits of saffron against skin aging. It noted the presence of crocin, an antioxidant and anti-inflammatory substance, in promoting skin growth. It was evaluated through a variety of analyses, revealing that it can suppress the expression of different oxygen species and other inflammatory proteins.

For use against acne treatment, combine 5-6 fresh basil leaves and 10-15 saffron threads, or about ¼ teaspoon of saffron powder. Combine these herbs in this ratio with water and turn it into a paste to apply to your skin.

Thanks to its natural properties, saffron can also be an effective natural ingredient for reducing skin pigmentation problems like brown spots and other kinds of skin blemishes. They are commonly caused by overactive pigment cells in the skin, which allows melanin to accumulate in concentrations that are higher than normal.

The vitamin content found in saffron helps hyperpigmentation, which causes those dark spots. A 2013 study, conducted on human subjects, showed that a variety of active ingredients in saffron such as crocin can help decrease melanin concentration in the skin, making pigmentation lighter over time. Saffron and the substances in it were found to suppress tyrosinase, a copper-containing enzyme that catalyzes or speeds up melanin production in humans, as well as plants and animals.

You can mix 10-15 saffron threads with 2 tablespoons of turmeric powder and a bit of water to make a paste. Apply this mixture on your face at least once a day, preferably before going to sleep, to reduce excessive pigmentation, uneven skin tone, and dark spots. Its exfoliating properties also help scrape off layers of dead skin to help improve skin health, solve uneven complexion, and reveal your glowing skin underneath.

Regular consumption of saffron can help stave off Alzheimer’s disease, thanks to the properties of the rare spice–containing memory-enhancing properties with antioxidant and anti-inflammatory capabilities. Multiple studies have shown saffron, together with turmeric, to be theoretically capable of treating patients with Alzheimer’s at a degree comparable with the leading treatment for the disease. Another study treated animals with saffron extract for a week. After the seven-day trial period, it showed that spatial learning and memory impairment generally improved compared to the group that did not receive the treatment. The same goes for the antioxidant activity in the subjects’ bodies.

Also, regarding Alzheimer’s, researchers have suggested that chronic stress might be a factor that causes neurodegenerative disease. In this regard, saffron was found to be a potentially effective treatment ingredient since it helps the hippocampus–a part of the brain for learning and memory–recover from oxidative stress damage caused by chronic stress.

Aside from saffron-infused medications and supplements, you can also regularly consume foods with saffron, most notably saffron tea. You can even mix your saffron, not more than ¼ teaspoon for every cup, with tea leaves of your choice.

Saffron has been an age-old treatment for cough and even asthma, especially among Indian, Arab, Iranian, and other Central Asian cultures–appearing in old medicinal systems such as Ayurvedic and Islamic Traditional Medicines. A 2019 study confirms this by highlighting the effects of saffron on the respiratory system. It has bronchodilatory properties, which help in cough and asthma by relaxing the muscles in your lungs and widening the bronchial tubes that make breathing easier. Saffron also has antitussive effects, which help stop coughing.

As a tried-and-tested home remedy for relieving cough, a traditional way of using saffron is to mix a pinch of saffron powder or threads to warm milk. While this makes for a soothing and relaxing remedy, others use the mixture and rub it on their forehead. You can also make a saffron-infused tea if you prefer.

Premenstrual syndrome (PMS) is an umbrella term for changes that women usually experience before their monthly period. It has a wide range of symptoms, including but not limited to mood swings, tenderness in their breasts, irritability, food cravings and hunger pangs, fatigue, and even depression. PMS makes it particularly difficult for women to function when the symptoms start.

Authors behind a 2015 medical review evaluated studies examining saffron and its effects on PMS. One study involved administering 30mg of saffron extract every day to women aged 20 to 45 years old.  At the end of the trial period, they found that those who took saffron gradually experienced fewer symptoms compared to those in the placebo group. This included cramps, feeling bloated, fatigue, and irritability. One of its most significant effects is in decreasing instances of depression related to PMS, widely believed to be because of saffron’s effects in the release of the neurochemical serotonin.

Aside from taking a saffron-based supplement, the review noted that women who were simply exposed to the scent of saffron for 20 minutes at a time saw their stress hormone cortisol levels drop, which also helps relieve PMS syndrome.

For the couples out there, regular consumption of saffron can also increase your drive and function–for both males and females. In a 2009 study, twenty male patients with erectile dysfunction received 200mg of saffron each morning. After ten days of taking the supplement, they were found to have increased instances and duration of erectile events.

Meanwhile, a 2012 study examined saffron on women having sexual dysfunction as a side effect of the antidepressant medication fluoxetine. Taking 30mg of saffron for four weeks revealed increased sexual desire and natural lubrication compared to those in the control (placebo) group.

These effects were reviewed and re-examined in a 2019 paper, further confirming the potential of saffron for helping improve sexual dysfunction conditions and its subscales for men and women.

Saffron has been widely used for a variety of healthcare, medicinal, and even cosmetic purposes across different cultures. Now, science is discovering the exact mechanisms that make this extremely rare spice a staple in ancient medicinal systems. However, given its rarity, there are also a lot of counterfeit products and alternatives passed off as saffron. Make sure to do your research, be vigilant, and always look for authentic saffron to enjoy its health and beauty benefits.