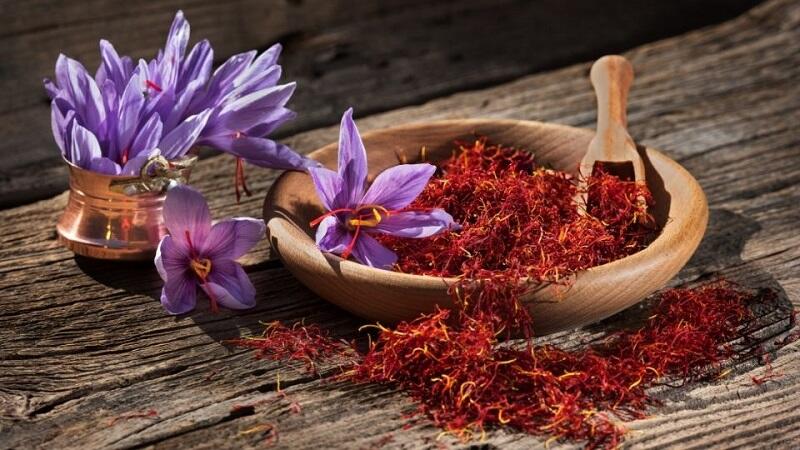 With the rarity and price that has been attached to saffron, it’s not surprising that some traders and manufacturers aim to cash in on the trend by passing off other alternatives or, worse, counterfeiting the unique spice. Unfortunately, this has led to confusion and distrust regarding the spice, which affects the market altogether.

Known for adding a unique flavor and aroma to dishes to being an age-old home remedy for various illnesses, saffron has played a significant role in the commerce, healthcare, and religion of different cultures across the ages.

However, most people don’t know regional variants for the world’s most expensive spice. There are slight differences in aroma, flavor, and product quality. You’ve probably heard of Spanish saffron, and here’s everything you need to know about this regional variant.

The Origin of Spanish Saffron

Locally known as azafran in the Spanish language, the exquisite red spice found its way to the European nation through the Moors or the Muslim inhabitants of the Iberian region. They introduced and cultivated the plant called “az-zafaran” from Asia Minor sometime between the 8th and 9th centuries CE. Today, Spanish saffron constitutes the majority of the spice produced in the western hemisphere, while the region of Kashmir in Iran remains the chief source in the east.

Today, Spanish saffron is grown in the region of Castilla-La Mancha, which covers parts of the Cuenca, Albacete, and Toledo provinces. La Mancha, mainly, is an incredibly arid plateau with fertile lands similar to the lands of Kashmir, where saffron was believed to have originated.

Differences in Grades and Quality

To start, Spanish saffron is as much saffron (Crocus sativus) as other variants of the spice sourced from the middle east–Turkish, Iranian, or Kashmiri, to name a few. This regional variant has been called such because of its origin.

A family tradition in Spain

However, going into the details will reveal the slight difference between the main variants of saffron: Spanish, Kashmiri, and Iranian. The characteristics of the plant plus the production process involved can affect the quality of the resulting product and, consequently, its price. In Spain, for example, production comes from traditional family farms that employ artisan cultivation and harvesting processes, now adopting technological advancements that preserve the quality of the produce. They now use tractors and customized rigs to help harvest the plants, although most farmers still stick to the traditional handpicking each flower. Men usually check the flowers before plucking them, every day, during the plants’ blooming season–a short period of only two weeks, and plants don’t bloom all at once. They then hand it over to women sitting at the end of the rows who separate the stigmas or the threads. The extracted saffron threads are roasted on a sieve through charcoal-heated brick ovens or modern gas burners.

Also, it was traditional for the Spanish saffron farmers to save some of the roasted saffron threads they harvested. They keep it dried and neatly stuck between sheets of fabric and stored inside closets, using it as some sort of savings for the family. Additionally, the farmers celebrate the blooming of saffron in the town of Consuegra. Farmers host the Fiesta de la Rosa del Azafran during the last Sunday of October, filled with music and dancing. The festivities include selecting a young maiden to be their Dulcinea de la Mancha, after the leading lady in Miguel de Cervantes’ timeless work Don Quixote.

This traditional family activity and the pride that goes into the quality of their product ensure the best care and practices from planting to harvesting every pinch of Spanish saffron you find in the market.

Grading saffron by quality and origin

Owing to the strict quality standards imposed on the production and distribution of saffron threads and powder, there is now an international standard for grading the spice. The ISO 3632 chemically assesses the chemical composition of saffron in three distinct areas: crocin for color, picrocrocin for flavor, and safranal for aroma. Of course, the higher the concentration of these chemicals, the higher the grade for the saffron product. Under the ISO 3632 standards, there are four grades of saffron products from the purest and finest Grade I to the lowest Grade IV.

While Spanish manufacturers are starting to adopt the international standards for saffron classification, Spanish saffron has had its own system. Harvested and dried saffron is graded depending on the concentration of red stigma and yellow styles. The following are the traditional grades of the rare and expensive spice, at least from the Spanish variant:

Similarly, some terms roughly correspond to these classifications for Iranian and Kashmiri saffron. For example, saffron threads from Iran are graded as sargol, dasteh, pushal, and konge.

How to Spot Authentic Spanish Saffron

Because of the lucrative trade and consistent demand for saffron in general, counterfeit products and alternatives such as safflower (Carthamus tinctorius) and turmeric (Curcuma longa). To be fair, these are also spices that can be used for the same culinary applications as saffron, although they slightly look different and taste different. However, passing off other materials as saffron cheats customers of the material and harms the already precarious livelihood of small saffron farmers.

This is not a fairly recent occurrence, though, since the practice of adulterating saffron has been around at least since the Middle Ages–violators and distributors of this impure spice faced execution. From spraying natural extracts like honey or oil to increase weight upon selling the saffron threads to mixing other ingredients to the powdered form, it has been a problem that has probably existed shortly after the value of saffron was identified.

If you’re looking for authentic saffron, you can always conduct the following tests to identify real saffron:

Additionally, authentic Spanish La Mancha saffron products have a protected designation of origin (PDO). Aside from fighting off alternatives and counterfeits, Spanish saffron growers also had to fight off authentic saffron from other sources and are repackaged as “Spanish saffron.” These were sold cheaper and damaged the reputation of locally-sourced La Mancha Spanish saffron. To protect the product, the industry, and the native culture revolving around cultivating the plant in the Castillan region, the European Union established rules to certify authentic saffron products coming only from the said region.

Newcomers to the flavorful and colorful world of saffron must keep their minds and eyes open as the world’s expensive spice comes in different regional variants, each with its own product grades and classifications. The same applies to Spanish saffron, which, at its core, is a commodity that is very much saffron as those coming from other regions. More importantly, is the discernment needed to find an authentic product–that it is actually saffron, and that it is actually from the La Mancha region.

One thought on “Is Spanish Saffron Still Saffron? Everything You Need To Know About this Regional Variant”